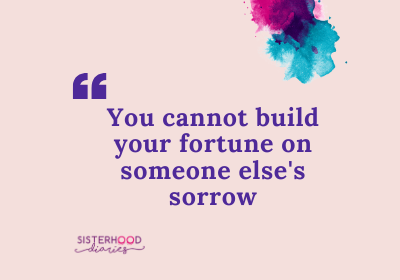 We’ve all been in the type of situation where someone has stabbed us in the back.
Maybe it was about something small and insignificant. Maybe it was a big deal.

Whatever the occasion was, it still hurt like hell.

I have had my fair share of painful mishaps with people.
Being alive makes this inevitable.

What I have come to learn is that my reaction to these occasions holds far more gravity than the actual act of defiance. My opponent chose a course of action that set-in motion a series of unfortunate and painful repercussions.

There is nothing that I can do about other people’s choices.
The only thing left now is to choose my own response.

I once had a very good friend that I spoke to daily. Not only were we pals, we were associated in business together.
I thought that everything was going well & that nothing in the world could burst my bubble.

And then I was betrayed in the worst possible way.

I have only ever felt such shock and dismay once in my life before, and that was when two close family members died in a car crash some 20 years ago.

Your head starts to spin as if the world has fallen off its axis. You start to shake, and it feels like life is leaving your soul. You feel a rush of anger and a stab of pain. Maybe some tears and a faint gasp for air. Your confidence gets a kick in the stomach making you feel utterly stupid.

Every single memory you have ever accumulated with this person runs through your brain and shatters right in front of your mind’s eye.

Nothing was ever truly real.

And when you wake up from this nightmare it’s time to accept that your normal has changed forever. You need to make a new normal and continue from there.

I think I went into survival mode as I can only remember small glimpses of reality from that chapter in my life.

What I do remember is that I did not respond immediately.
I had to keep my cool in order to keep my business and my psyche safe.
After going through the mandatory legal procedures and events, I finally had time to exhale and come to grips with the slap in the face I had just received.

The burning sensation might have fleeted, but the bruise was still there.

The best thing you can do for yourself when tragedies like these strikes is to remove yourself from your location to gain some perspective.
Lucky for me, I was bound for Norway.

Nothing could be more different in scenery from sunny South Africa in December, than snowy Scandinavia close to the arctic circle!

I used my time to think and reflect.
I was enraged and wanted to teach this person a lesson.
If the moral police were recruiting, I would have signed up as a rookie then and there.

I had the means and power to destroy my betrayer if I wanted to.

I chose not to.

What good would that do?
Will it rewind the present moment to the past and change the course of events that spiraled me into a shit storm of grief?
Will it take away the bitter taste in my mouth?
Will I be able to wake up to my previous normality?

You cannot build your fortune on someone else’s sorrow.

Starting a course of action of ill will towards another human being is a slow train to miserable town.

Humans are beautifully and sometimes horrifyingly flawed.
No one will ever really know why people chose to act and behave in a certain way.

All I can really do is to see someone for the imperfect human soul that they are.
Accept their brokenness.
Believe with conviction that most people are not evil by nature or hurtful on purpose.
And forgive sincerely.

Compassion is everything.
The course of action should always be empathy.

Holding someone accountable for their actions & voicing your pain can exist in harmony with getting to a point of absolution.
I have done it and I know it works.
I also know and love the feeling of clear peace and calmness that it brings to my inner world.

I don’t grieve or miss this person anymore; I do miss the idea of who I thought they were.

Though the ache of the loss is undeniable, and reality has been altered for good – wishing misfortune onto someone else will capture me in a cycle of negativity. I will not be able to grow. I will be stifled and fall repeatedly until I finally realize that I have been fixating on the wrong individual.

The only person I should be focusing on is myself.

A brief period of heartache never justifies a lifetime of sorrow bestowed on someone else. 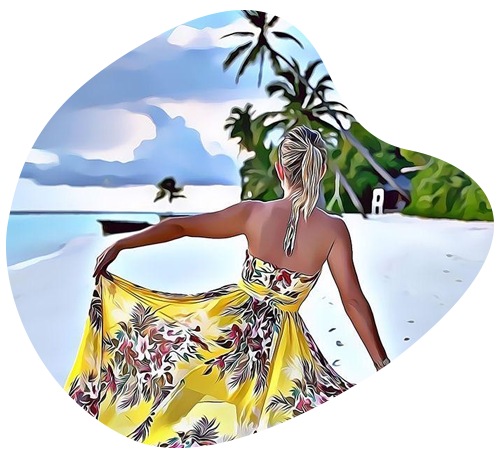 This blog is dedicated to every woman out there just trying to keep up with life, externally and internally. I see you sister! This is a no-judgement zone. Your thoughts and perceptions are valid. Let’s brave this roller coaster together.
